DevOps Category covering DevOps areas like DevOps services, DevOps Projects including demo projects on the likes of CICD, automation and more intermediary activities between Development and Operations including the CLAMS model adoption in larger scoped demo projects to include monitoring 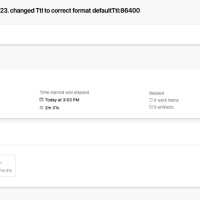 This project uses Github to deploy Azure Resource Template (ARM) IaC code to Azure in a 2-stage deployment over Azure DevOps using reusable IaC templates. The solution includes a CosmosDB account, a database and a single container housing a partition key, an indexing policy and a sample stored procedure for the DocumentDB database container.

This is the second project in the Azure-based demo project range where infrastructure rather than applications are deployed in a highly available pattern using IaC. The workflow is an infrastructure provisioning deployment. The first stage deploys a V-Net and 2 subnets to the Azure resource group at the resource group level. The second stage deploys a highly available solution for CosmosDB between 'westeurope' and 'northeurope' on Azure. The configuration of CosmosDB to the container level enables a highly available solution that can be easily used for applications requiring a NoSQL solution via DocumentDB. The base configuration of this managed service is deployed using Azure best security practices. Post-deployment configuration of CosmosDB using this IaC code can be customised for a multitude of production use cases requiring a managed NoSQL instance of DocumentDB via the Azure portal. It is noteworthy, that ARM API calls have a host of options available, which were excluded. A more detailed deployment can be coded up with specific requirements in the development phase of a project. CosmosDB is recommended for project requirements that have unpredictable data payloads, thus downtime periods of note are expected.

There were some problems in the project involving typos, which a JSON linter fixed. Others were more complex yet educational in nature. They are as follows:

The project story as described above can be told in this short video: Project CosmosDB 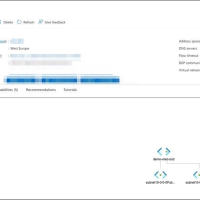 We set up a CICD pipeline for infrastructure deployment onto a Maolte Technical Solution's demo subscription in Microsoft Azure.  This is the very first official project of Maolte Technical Solutions Limited just 2 months after our incorporation as a limited company. We set out to design and build a manual CICD pipeline in Azure DevOps so we can deploy 1x V-Net and 2x subnets onto Azure using ARM template automation for IaC reusability, GitHub for version control and Azure key vault for secrets management.

This project is the first in a series of Azure-based projects to build out the infrastructure for typical Azure V-Net architecture designed to support modern applications deployed into the cloud. We will use Azure DevOps for this series of demo projects showcasing the DevOps tool as much as Azure itself. Our workflow design is simplified for demo purposes so the pull request and approval checks found in production release pipelines are not implemented in this first out-of-the-box demo project for Maolte as a limited company.

There were three problems on the project, which failed pipeline deployments. Two were related to the project on Azure DevOps being the very first project and the third was syntax related. The problems were as follows:

The project story as described above can be told in this short video: Project V-Net Story

The next project will be using ARM IaC to build out a V-Net, but this time fleshing out the V-Net and deploying a CosmosDB-managed database in a highly available configuration.

The demo project listing for Maolte Technical Solutions Limited is as follows:

We set up a CICD pipeline for a sample Python Django app and pushed it to AWS using Github and AWS-managed assets via AWS Codestar to complete the CICD process.

This was a Continuous Integration Continuous Deployment (CICD) project using Github as a source code repository to automatically trigger from the master branch, and push any code into action on the AWS CodeStar (CICD) platform. Once pushed to master on Github, CodeStar via secure connection manages AWS resources to automatically build and deploy the commit code onto an EC2 (t2.micro) instance on AWS using in this case Elastic Beanstalk (EBS) to manage the server. The templated project's purpose is to demonstrate the CodeStar platform and its use of AWS features including CloudFormation and IAM services based on its connection to John's GitHub account. Interestingly, the direct cost of CodeStar is not charged by AWS which collects on the underlying billable resources deployed (e.g. EC2 instance). We found it to be a viable alternative to setting up an EC2 instance with Jenkins for managing application Builds to CD stage, albeit one that is platform-dependent on AWS. We did not deploy HTTPS for this project based on cost considerations around SSL certs and the fact that CICD, not Web Development was the focus of this project.